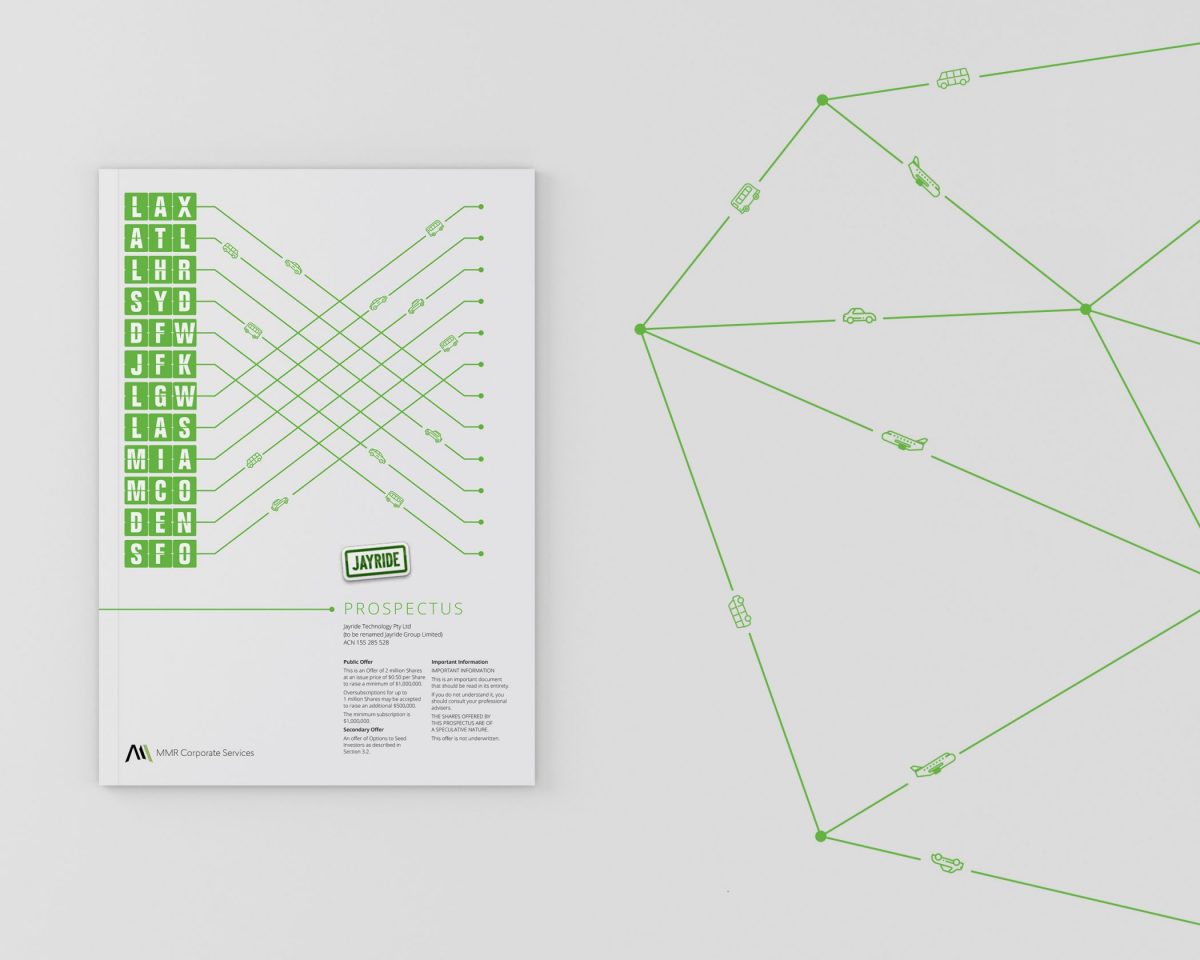 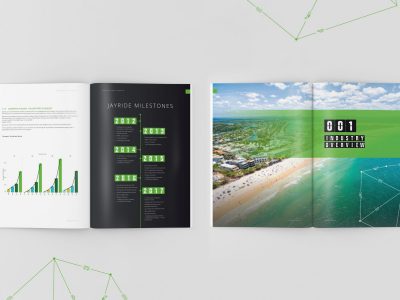 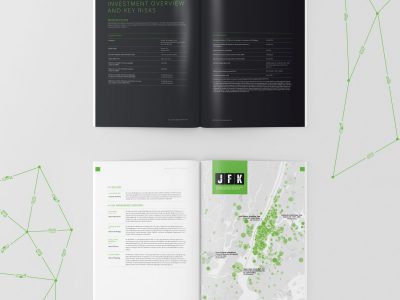 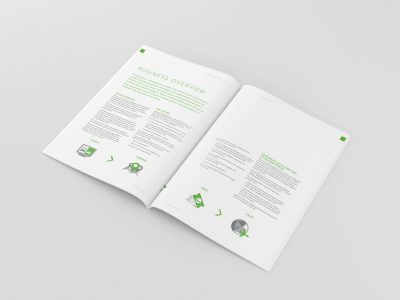 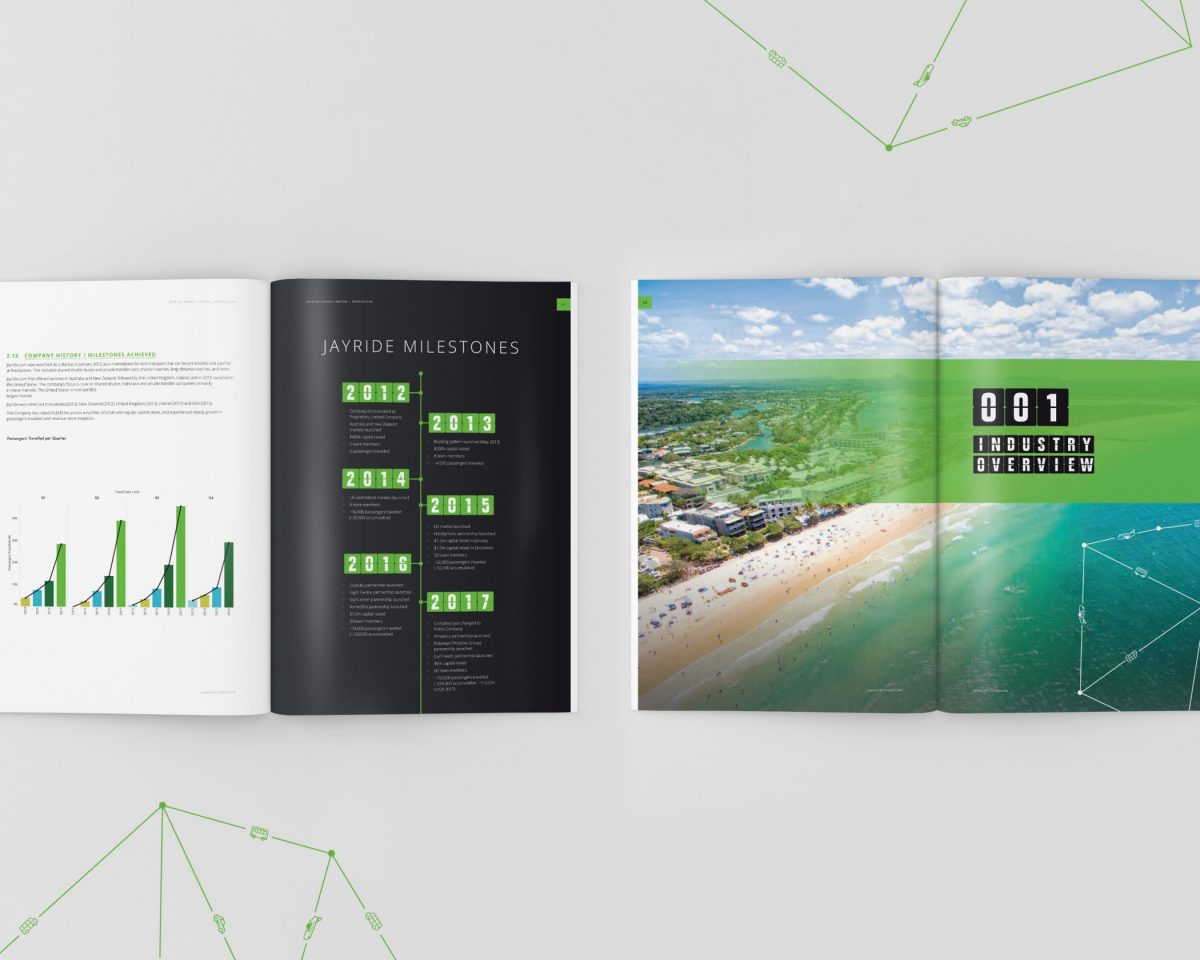 After a period of sustained growth, Jayride sought to list on the ASX to further its growth potential.

Jayride is a global online portal and aggregator of shuttle service options that connect passengers with transport options to and from airports. It is particularly strong in the USA, and after a period of sustained growth, sought to list on the ASX to further its growth potential. Blackbox was tasked, via MMR Corporate in Sydney, to design and produce the Jayride prospectus.

Conceptual designs were developed based on the core theme. In consultation with senior management, iterations refined the prospectus design to capture the international flavour and busy, interconnected nature of the service. A clean, easy to read layout was employed to make wayfinding simple for the retail investor. Jayride listed on the ASX in late January 2018.